Heyyy there, sorry for taking a while to reply and doing through voice message, i know how much you love it... just put it on 2x hahahah i'll keep it less than podcast length.... so do you remember this text you told me about way back when? "O significado da Descentralização" one of the first from Vitalik... So yeah... I just bought it on HUH... it feels kind of weird owning a patronage NFT. But it makes sense, I mean, it's sort of a milestone for me, kind of a gift to myself to celebrate having my first text publisheeeeed!

hahah so i've been meaning to tell you for a while now, you remember we talked about this thing i was working on, about how in rats exploring a volumetric space, grid cells are spatially modulated but their firing fields are irregularly arranged? Yeah, so that's the thing it was published, oh i'm so pumped! I couldn't believe when someone on HUH suggested for publishing... and people actually voted on it for translation... crazyyyy. I don't think they realized that i was a part of it till i outed myself, i'm so stoooked. So weird to think that a few years back we couldn't even get these texts in portuguese, and now it seems so banal... like everything these days is a DAO and we're living in a corporate neo-feudal patchwork, but damn... back in those days we didn't even know what turing completeness meant. Anyway, let's try to have a video chat sometime next week when you are back in russia? the time diff right now is too big for me, i need my 8 hours of sleep haha.... alright talk soon? byyyee.

This short scenario tries to imagine the solution to a problem we often encounter working with technology in the global south: important intellectual resources aren’t available in our local languages. Because of it, the access to new ideas, to new worlds, remains the privilege of a few — who are already privileged (financially or otherwise). Lack of foreign language proficiency limits what we can do together, limits what kind of means we can invent to address local issues and contexts. To fully imagine what an idea enables, it has to be thought about as inseparable from the context in which it’s deployed.

The internet can be seen as a public good, a technology able to create the largest and most substantive public library in the history of humanity. However, in thinking about this somewhat utopian perspective, we find ourselves considering questions of access. Not only of access to the media that would comprise this library but of access to its content. Information wants to be free, but if we have an asymmetry in comprehension, how free is this information? If a project such as this elects English as its lingua-franca, how can we talk about access?

Even in a time where the consequences of the colonial project are evident and abundant, the flow of information remains mostly one-directional. Practical and geographical contexts establish a high threshold for the circulation, adoption and iteration of all new knowledge.

In web3 and crypto spaces, “lack of access” has become an ubiquitous complaint when it comes to scaling projects, userbase and the web3 itself. Although the financial and technical barriers are some of the most concerning, the language one is often disregarded and overcoming it might be a possible strategy for dealing with the aforementioned issues. Only some of the massive institutional scale projects in this space have the proper resources to translate their documentation. And all the other written texts that shape this new era of the internet – informal claims, independent research and content creation, specialized media, social experiments – are restricted by the same obstacle.

The English monopoly in technical and cultural production is a broad public issue. People who can’t read or write in English are closed off to a vast segment of knowledge and can’t contribute. Non-English speaking native writers who are fluent are incentivized to publish in English, especially in academic circles, leaving their local context unexposed to their work. Monolingual English readers are often limited in their perspectives, for the knowledge they access is deprived of diversity, and writers, are unable to share their work across a broader spectrum.

If building anew with tools designed to empower individuals is the ethos of web3, we should take the necessary steps in actually making them available to everyone everywhere.

Crypto and blockchain are important technical tools primarily as a way to automate governance and facilitate financial transactions. Cryptocurrency and multisig wallets allow funds to be easily collected, held, and distributed through collective permission. Other blockchain applications allow transparent voting processes, identity verification and auditing. Besides blockchain being a technical enabler, the culture forming around web3 is also a fertile ground for imagining an application, a DAO, that tackles this specific access problem.

This imagined DAO would be a publishing platform to translate and publish text. A digital space where people could find knowledge that wouldn’t be available otherwise in a specific language. Functioning as a cooperative managed by its community of readers, writers, translators and others who want to have a stake in the platform’s development.

The platform is not a translation company that is a co-op. It is also not a service provider open for business but a community that chooses what texts and authors get translated and why.

This platform could be named HUH. According to a study designed to identify words present in all languages, ‘HUH’ is found to be a sort of universal word, capable of stating that there is a problem, signalling that it has to do with a lack of knowledge and asking for a response without being aware of what that response may be.

HUH would start by translating seminal web3 related texts. In the future, it could encompass other areas of knowledge, the communities built around the platform should decide what those areas might be. Members of HUH would propose important works to be translated to other languages — maybe Spanish, Portuguese, Mandarin. The text’s titles and summaries would get translated and go up for voting on the platform (much like Mirror Race, but with existing work, not potential authors). The top vote-getters are chosen to be translated; anyone can vote, even readers who are not part of this formal community.

HUH would deploy three tactics to do the translation: Outsourcing professional translators, using capacitated bi-lingual folks inside the community and through automated translation tools. The proof-reading would be done by the community itself. They understand the content, share the community’s values and have a stake in the project’s integrity.

HUH would have a working group that guarantees the efficiency of the entire process. From managing technical development, contacting the original authors and publishing sites, employing an appropriate translation method, coordinating the proofreading, publishing the texts and directing funds throughout this supply chain.

HUH would not be paywalled. However, it would be funded through reader contribution through a crypto micropayment feature embedded in the webpage of each of the published translated texts. Larger donations and grants from folks interested in experimenting and expanding the web3 ecosystem would be another source of revenue, as well as the acquisition of translation NFTs of different texts by patrons. HUH’s community should grow continually, readers after reaching an x amount of micropayments would get stakeholder status. Authors become a part of the community when their texts are voted for translation. Translators join in by providing services. Enthusiasts and investors participate by buying HUH’s tokens. Each of the stakeholders described above has different roles that provide specific affordances, voting rights, financial remuneration and upside.

The dynamic outlined above remains a toy model of how this platform could work. A platform that is collectively owned and governed by all its stakeholders is the best outcome for a project that addresses these issues. Although only sketched out, fully fleshing out the nuts and bolts of this, is thoroughly feasible.

HUH creates a financially viable mechanism for translating current work. It expands the realm of possible interventions in any problem space by creating a multi-lateral flow of texts that allows a community to be in dialogue despite the financial and language barriers around publishing that might exist.

We understand that research and development, be it professional or informal, is severely impacted by bandwidth. That is why the importance of broadening access should be front and center. Problems get the solution they deserve based on how they are defined. Adding more collaboration and brainpower to this process can create better solutions.

If HUH is built and maintained properly, its potential positive externalities are realized in its continuously growing multilingual community and in the increase in everyone’s capability to act simply by expanding the pool of information available. In a world broadly defined by what counts as a financial  asset, we choose instead to think in terms of what is required to imagine new worlds, not only the material dimension of technology development but also in the cognitive requirements — such as language. 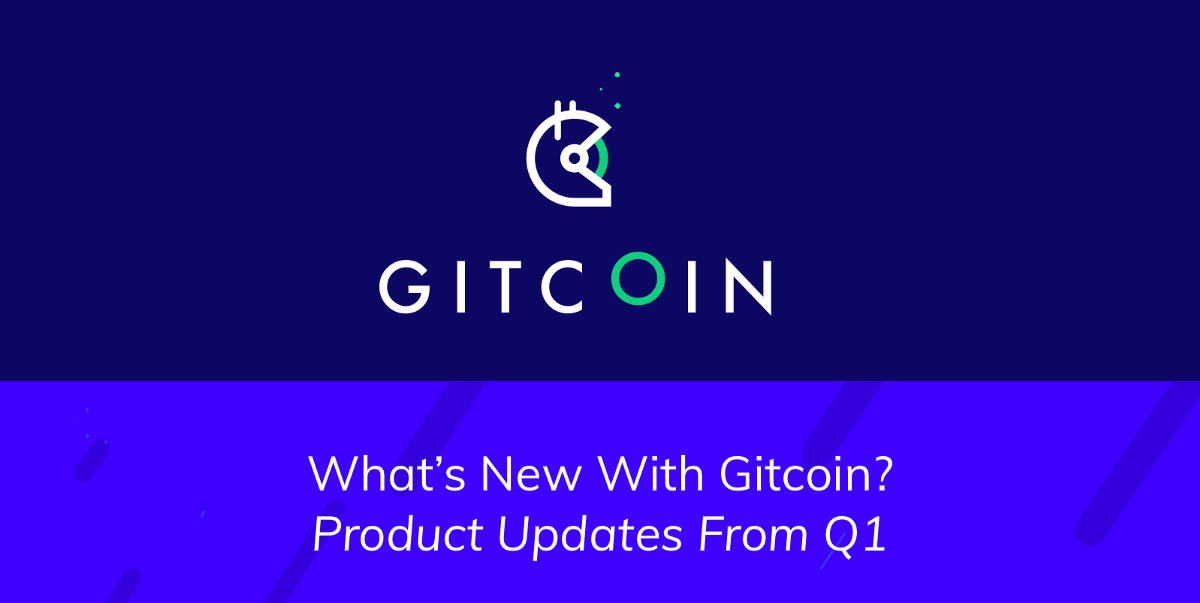 In this Gitcoin product update mega-edition, we’ll be covering two months of product updates to Gitcoin (January and February). The team has...

What’s New with the Grants Product for GR12?

The last Grants Round of 2021 is here! As we mentioned in the Grants Round 12 announcement post, the event runs from December 1st and running through December 16th,...