Grants Round 10 (GR10) came to a close on July 1, 2021, and it is time to once again take the journey to the Quadratic Lands where we honor our sacred agreement to support public goods in the Ethereum ecosystem. We do that by ratifying the round, and then transferring funds from the Grants MultiSig to the non-custodial deployment contract. This will ultimately enable payout of the round’s matching pool to participating grants projects.

Ask of the Stewards

We ask our Community Stewards to ratify the GR10 payout amounts as being correct, fair, and abiding to community norms, including the judgements and sanctions made by the Anti-Fraud Workstream.

Our mission is to empower communities to build and fund the open web. We do that by giving builders opportunities to earn in a number of ways, including sponsored hackathons, ongoing bounties, and quarterly grants rounds. In particular, grants rounds are among our most significant economic vehicles. And because of the Quadratic Funding mechanism, they offer the community extraordinary involvement in deciding the allocation of public funds.

Thanks to the generosity of the Funders League and the Ethereum community as a whole, the multisig has over $5mm in total assets (excluding AKITA tokens) destined to bolster digital public goods. Approximately $700k will be used to pay out this round, leaving approximately $4.3 million in funding for future rounds. As was agreed when the multisig was formed, the social contract here is that these funds are to be used for public goods in ETH; specifically through Gitcoin Grants.

We have made gigantic strides since Feb 2019 when GR1 concluded with $44k funded, to GR10 which raised approximately $1.8mm. We are thankful for how digital public goods funding has grown, and we’d like to take this opportunity to give a warm thank you to some of the many projects who have helped our community get to where we are today. We appreciate you!

As initially proposed through governance, this round saw the closing of one regional category (Southeast Asia) and the introduction of two new categories (Decentralized Governance and Latin America region). We are always interested in understanding the effects that opening new categories have, and we observed a flurry of new grants coming in from the LatAm region to take advantage of the pool — we are excited to see this region grow. We are immensely thankful to our partners Aragon for helping us seed the decentralized Governance (dGov) category for the first. Many of the projects in this category are tools GitcoinDAO use ourselves and we are thankful for this new category to spur additional technologies to support governance in a decentralized world.

Finally, this was the first time we introduced, through a governance proposal, the Gitcoin building Gitcoin “side round.” The GitcoinDAO Community Stewards voted to create this side round to Gitcoin Grants Round 10, and the effect it had was tremendous in highlighting those who are working to build Gitcoin. The round featured a $50K matching pool pledged by Gitcoin Holdings Inc. to support those who are building components, prototypes, tools, and products for GitcoinDAO.

While it has long been an organizational goal to empower our community to build for itself, this side round has meaning beyond GR10. This is the first time our community has voted to accept and allocate match pool funds towards the betterment of a specific open source project.

We hope to inspire other organizations outside of Gitcoin Holdings to do the same — that they will also fund side rounds, reaping the benefits of economically empowering builders to work on their own projects and protocols. In this way Gitcoin Grants is where web3 organizations go to build their open source infrastructure.

Grants Round 10 continues our string of successful rounds. There were over 297K crowdfunding contributions from 14,500 unique users — both records. They combined to raise over $1.1mm, which is the second highest, only eclipsed by the $1.3mm raised in GR9. Adding in the $700k matching pool funds, this totals over $1.8mm for public goods, slightly down from GR9.

Each Gitcoin Grants Round, we are excited to have different mini CLRs that run, based on region or grant Type/Category. In GR10, you can see the leaderboard for the top 10 grants from each categorical round that was run below. These are the final and ratified results, after the Sybil defense mechanisms have been applied.

As we zoom back out and evaluate Grants Round 10 as a whole, we would be remiss to not also talk about the challenges of sybil attacks, collusion and the desires for bad actors to game the system. With our new anti-fraud workstream and partnership with BlockScience we have been able to keep ahead of the problems, but the red team versus blue team game certainly continues. BlockScience has posted their thoughts on the round, and we offer some details on the process and actions taken below.

Sybil Attacks, a form of fraud, and collusion constitute the existential threats quadratic funding faces. This workstream is tasked with minimizing the effect of these liabilities on the community.

The fraud tax is the metric used to measure the effectiveness of the workstream.

The fraud tax represents the difference in allocations if the users suspected as sybil attackers were to have their matching eligibility shut off. For an in depth look at how we find the fraud tax number, check out this post from Blockscience.

How is the Fraud Tax calculated?

How much was the fraud tax?

What does this mean?

Using the calculations for before and after shutting off matching for sybil accounts allows us to compare how the round ended on the website to the final payout amounts adjusted for sybil-defense.

The adjustments are all based on the work of the Anti-Fraud workstream as detailed below.

The Define part of the workstream aims to clarify policy. It sets definitions based on reviewer feedback and makes judgements on disputes and flags during the round.

The policy is held on a “living document” which can be found on our grants policy wiki.

The items below are approved/denied/judged based on black/white interpretation of current policy, however, there are “gray areas” when novel grant types or situations occur. In these cases, the Anti-Fraud workstream works with the Gitcoin Holdings team to make a decision based on the norms and values of the community.

Full transparency to the community is available for Grant Approvals, and Grant Disputes. User Actions & Reviews is currently in “open review” allowing for select participation to stewards due to sensitive PII data and potential vulnerability to counter-attacks.

The decisions are then communicated via the governance brief. They are then ratified by the stewards in two ways:

New grants are all reviewed prior to being activated on the platform. Grants are evaluated for both their platform eligibility and for participation in the rounds they select.

There are multiple levels for approval.

Review the decisions made during GR10 here: Public Oversight of Grant Applications

The Gitcoin Holdings team currently has final say on grant approvals. During GR10 they did not dispute any of the findings from the Anti-Fraud workstream.

Grant disputes happen when a user flags a grant on the system or reports it in the gitcoin-disputes channel in Discord. Disputes are made public at the Gitcoin Disputes Twitter.

During GR10, the grant disputes were conducted by the Anti-Fraud workstream which had one Gitcoin Holdings team member facilitating their needs.

The Gitcoin Holdings team currently has final say on Grant Dispute outcomes. During GR10 they did not dispute any of the findings from the Anti-Fraud workstream.

Users found to be in violation of the Gitcoin Terms of Service and/or grants policy wiki may be blocked from accessing the site or have their contributions matching bonus turned off for grants rounds. This is most common for users found to be sybil.

The Gitcoin Holdings team currently has final say on User Review outcomes. During GR10 they did not dispute any of the findings from the Anti-Fraud workstream.

This part of the workstream focuses on detecting behavior that presents as malicious or against Tos. This element is separated from the judgement and decision making which is done by humans for all grants. This group does retain the ability to shut off matching for users when the ML algorithm is set to minimize false positives.

The ML algorithm is a semi-supervised reinforcement learning model that uses input from human evaluation to update its model. Learn more about the ML used on this post from Blockscience.

Humans participate in Grant Approvals, Grant Disputes, and User Reviews. These are individual contributors selected by the workgroup to participate. Their role is to comment on the issue in the proper oversight pages.

A large portion of the flagging is done by users. When they see a grant or user they think is malicious or fraudulently presenting itself, they can simply flag it for review.

Each process has a coordinator who organizes the contributors and executes the final decisions. The evaluation pipeline then serves as oversight to the decisions made.

This input is extremely important to train the algorithm to learn new behaviors, improve accuracy, and ensure a human ethos is driving its development. Eight community members plus three Gitcoin Holdings team members participated in evaluation the ML results.

The public oversight pages document the actions and reasoning of the workstream. Any community member can comment with their thoughts on the Notion pages.

A team of four community members were recruited to participate in overseeing decisions, translate content, and help present alternative perspectives.

A team of four community members was recruited to participate in overseeing decisions, reach out to grant owners, and help present alternative perspectives.

The workstream was given access to review the Gitcoin Holdings decisions on blocking accounts and making them ineligible for matching bonus. This information does not have a public oversight page yet. This will be developed for GR11.

This workstream is responsible for setting consequences for breaking ToS, providing an appeal system, and ensuring a path to redemption for users. Their work just started during GR10 and will not be available until GR11. Current sanctions are decided by the Gitcoin Holdings team.

Users can be deactivated from the platform or have their matching eligibility adjusted.

Users can be deactivated from the platform or have their matching eligibility adjusted.

Final Notes on Grants Round 10

The Gitcoin Team hosted a GR10 livestream recap event on July 2, 2021 with special guest Vitalik Buterin, and many of our stewards. On the stream there was discussion of the results from Round 10, enhancements made to the grants product to combat sybil and collusion, and much more. The live stream recording can be viewed here.

The Gitcoin Team is committed to working with the Community Stewards and greater DAO to progressively decentralized governance over Gitcoin Grants. Our goal is to make significant headway each round, and we believe we were able to do so in GR10. For example GR10 was the first time sub-round category type and size was proposed and ratified by the community. We were able to co-create a more transparent and community driven grants approval process through the Anti-Fraud Workstream. And final round payouts will only be ratified by the Community Stewards through a Snapshot vote.

We thank the Stewards and the greater Gitcoin Community for participating in this process, and look forward to our continued partnership. Our request as stated above:

We ask our Community Stewards to ratify the GR10 payout amounts as being correct, fair, and abiding to community norms, including the judgements and sanctions made by the Anti-Fraud Workstream. 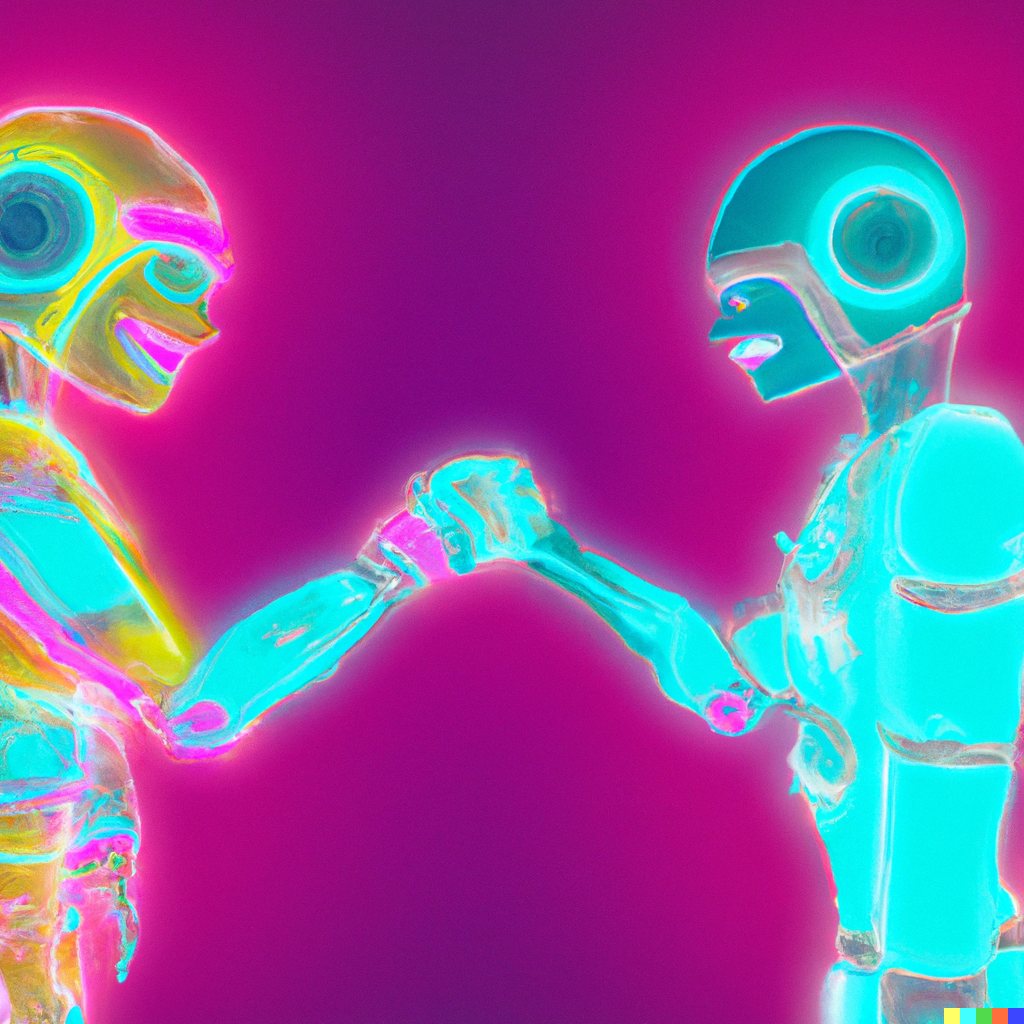