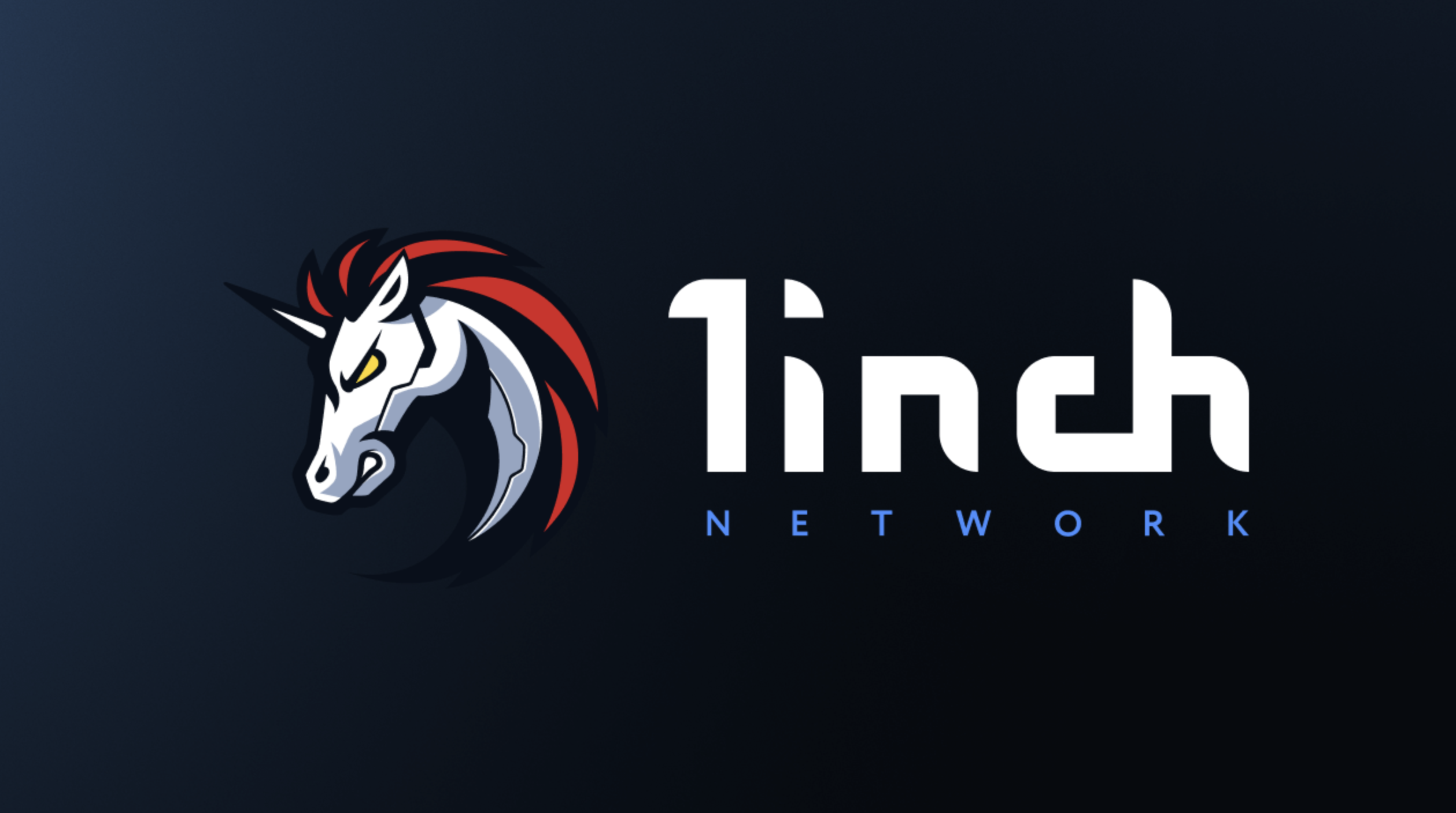 In the beginning, it's all about survival. Sergej Kunz and Anton Bukov bounced through blockchain events and hackathons, taking their winnings from one event and moving on to the next. They took part in 17 hackathons around the globe and would sleep in the hackathon area or sometimes just not sleep at all.

Then, a typo in their Gitcoin grant application led to an extra $45k in grant funding going to the early development team of 1inch. This fortunate mistake was just one of the many contributing factors that helped them go from Gitcoin Grantees to Gitcoin Funders in just over two years. It has awakened an inspiration and a drive to give back to the world, and to the ecosystem that helped them build their own future.

Sowing the seeds of a Grant Funder

At the ETHNewYork hackathon in 2019, these two co-founders built and released the first version of 1inch in 18 hours.

Sergej admits that he was not that good with algorithms back in the day. So he said to Anton, "We should build an algorithm that could split a swap as correctly as possible, based on mathematics, across multiple exchanges… And it turned out that we managed to solve a big problem in DeFi."

Before long, 1inch started to get traction, but not without a few more obstacles. "It started as a passion project," Sergej recalls, "which me and Anton worked on over sleepless nights while having day jobs. The hardest part for me was the financial aspect." 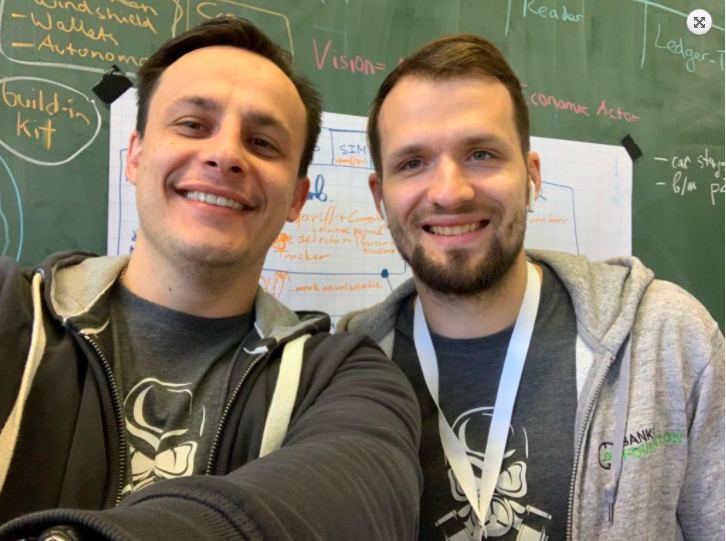 Sergej (let), with Anton (right), before they founded 1inch.

He remembers those days and nights well. He was juggling responsibilities at work and home, but things weren't getting easier. He had to stay at the office overnight, sleep on a bouncy bed, and pay child support.

Eventually, the seeds will start to grow…

When they were able to expand the team, that's when everything changed.

Around the same time, they applied for a Gitcoin grant, and instead of $5,000, the team received $50,000. Sergej expresses his gratefulness of how the Gitcoin community helped them so much back in those formative days.

"Gitcoin played a huge role in shaping our destiny."

This was a turning point for 1inch. They could finally pay their team, allocating everything towards development and not pocketing a cent. 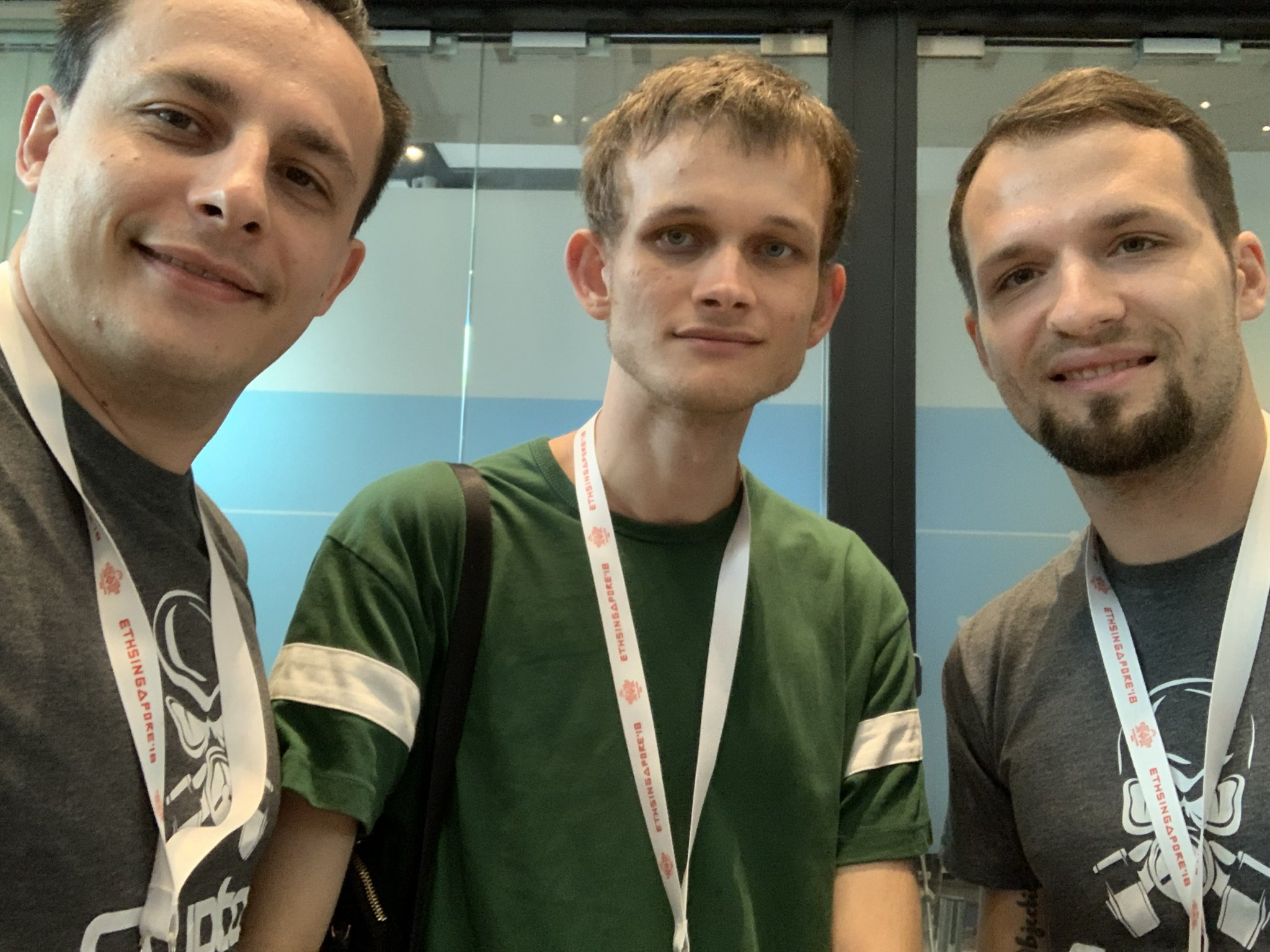 The DEX aggregator Sergej and Anton built at the ETHNewYork hackathon in 2019 began to blossom. As of the time of writing, 1inch has executed over 21 million trades and processed more than $230B in trading volume. It's become a well-known name in the DeFi space and made it to the top 100 tokens by market cap. 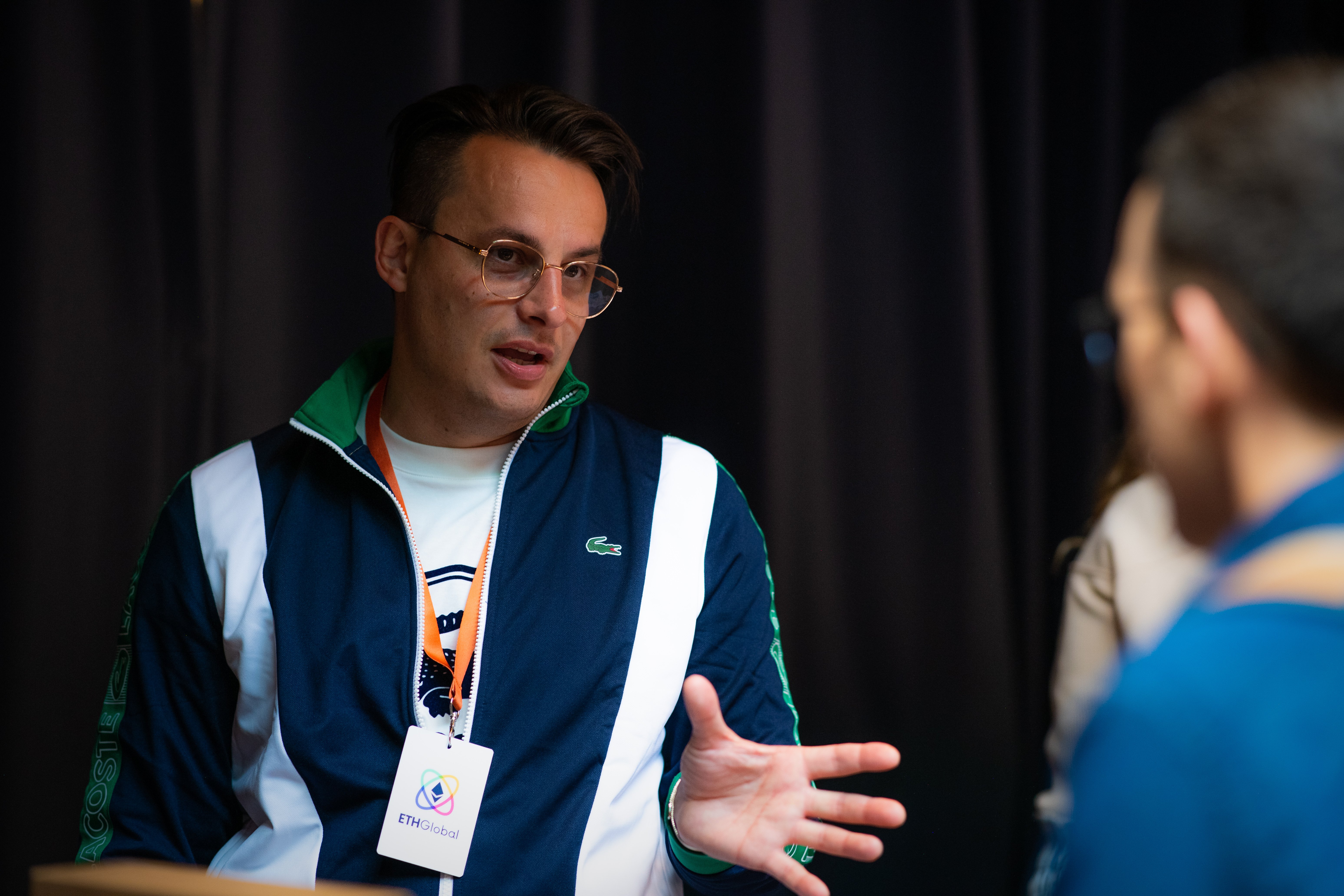 Knowing the importance of public goods funding and seeing how much it has helped them, Sergej and Anton decided to begin contributing back to the Web3 ecosystem. They've allocated $3m in funding to the 1inch foundation's grant program, and in GR15 contributed $100k ($50k to Main Round, $25k to Advocacy, and $25k ETH Infra, back to the Gitcoin Grants program, helping to sow the seeds for the next generation.

When asked what advice Sergej would give to those building in the Web3 space today, his message was clear:

"We need to build frameworks to protect user's privacy and anonymity…. You don't have to develop a project; you'd (be) better (to) develop a framework that can be used by other projects and integrated fully compliant. For example, if you pass KYC/AML, you will have access to anonymous trading, i.e., making anonymous swaps based on zero-knowledge proof technology on Ethereum and Ethereum-like blockchains."

A project was recently blocked, which effectively stopped the development of technologies that solve a big privacy problem. Sergej believes the Web3 space needs to figure out how to work through this.

When it comes to the future of public goods funding and helping to move the ecosystem forward, Sergej says he looks forward to seeing more projects donate to initiatives like Gitcoin, encouraging engineers and other talents to invent new innovative tools that will improve our world.

Sergej closed our interview with a brief but punctual message for the next generation of Gitcoin grantees: "Let the DeFi space live long and prosper!" 🖖 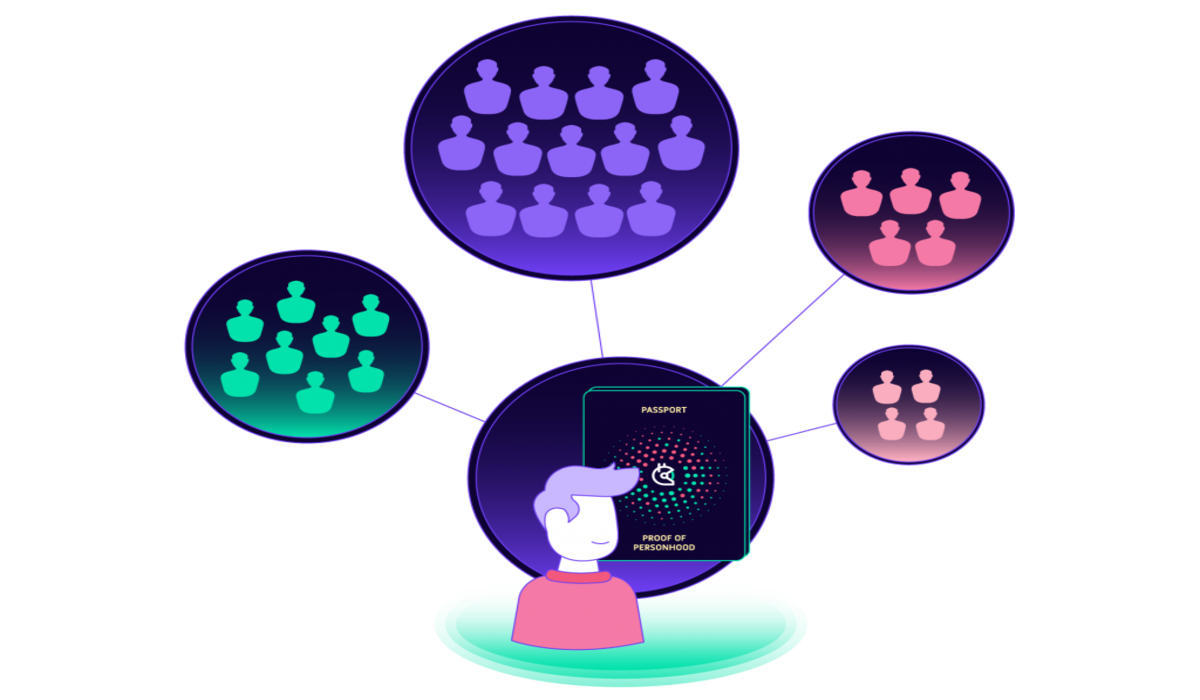 Sybil attacks are a known bug of... 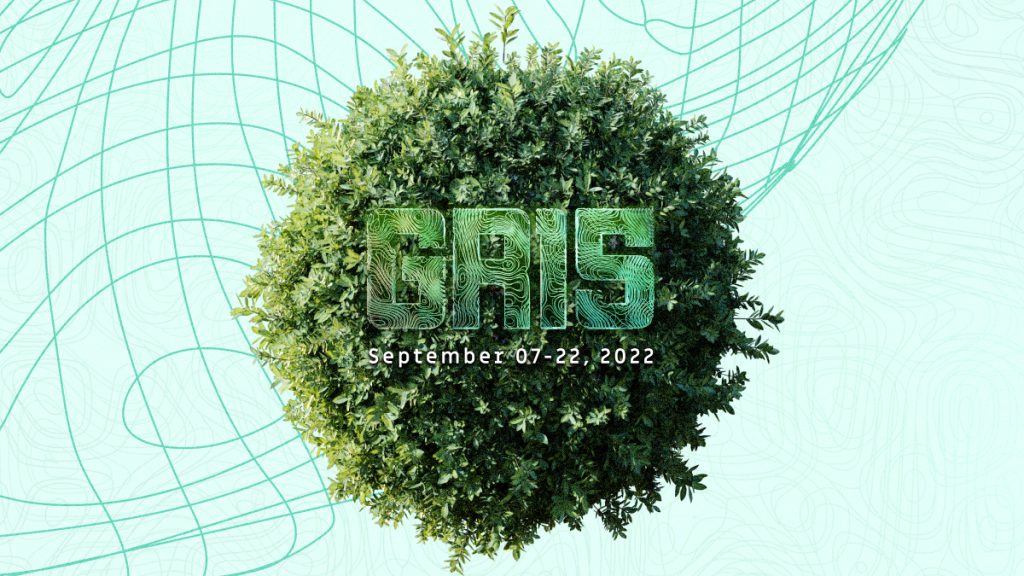 Gitcoin Grants Round 15 kicks off Sept. 7