Azeem Khan is a New York based entrepreneur who’s worked in biotech, tech, entertainment, esports/gaming, and blockchain. He’s currently the Fundraising & Partnerships Lead at Gitcoin, a DAO that’s given out over $72 million in grants to open-source software developers since inception. He’s led raising tens of millions of dollars that was distributed to thousands of projects. Azeem is also part of the World Economic Forum’s Crypto Sustainability Coalition, and has worked with notable projects including Uniswap, Yearn Finance, Gnosis, Protocol Labs, Optimism, and zkSync to name a few. 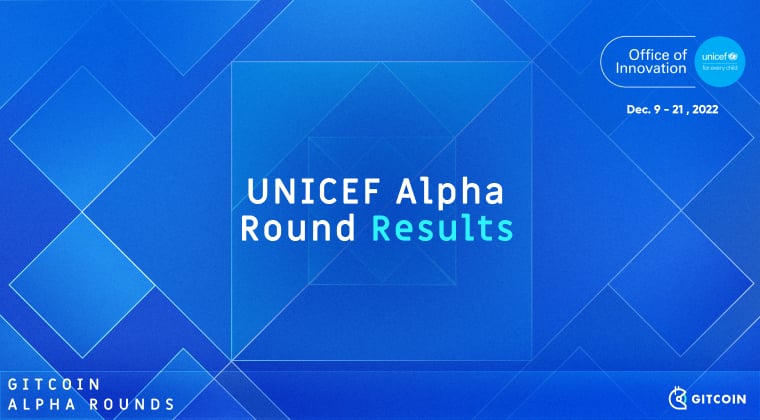 UNICEF Alpha Round: Round Results & Recap

In December, as part of the Alpha Round Test Season, we kicked off with UNICEF's round to be the first to test our new grants protocol. We are excited to have begun this season with one of the largest NGO's, and welcoming so many incredible grantees to participate.